Generally speaking the difference between them - in the presence of the circulating pump in the heating system.

There was a formed opinion that systems with natural circulation are outdated and have no future. However, several features of these systems can remain competitive in the market of Ukraine.

So, consider what is the system with natural circulation and its components.

The main component of the system is a heat generator (aka boiler) designed for use in systems with natural circulation - floor-standing steel boiler ATON Atmo. It consists of gas-burning device, steel heat exchanger and sensors. Outputs from the boiler (flow / return) have a large diameter - 1½". In boilers ATON Atmo in the gas-burning devices used parts of the labels Polidoro (Italy) - burner, SIT (Italy) and Honeywell (USA) - Gas Valve. 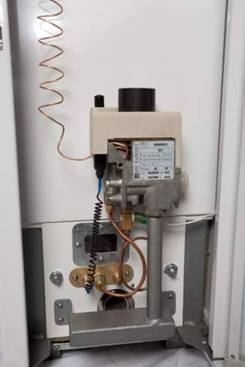 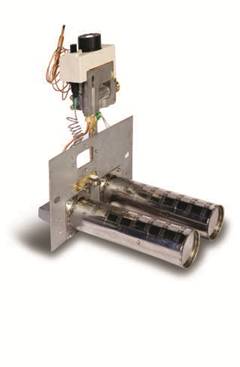 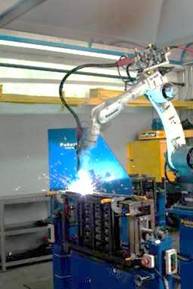 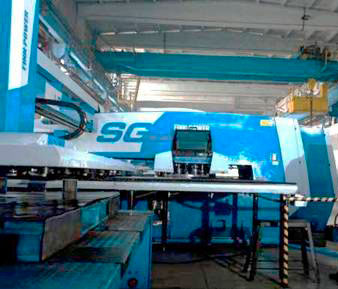 Coloration of the boiler body parts is on the line of powder coating IDEAL-LINE (Denmark), which provides resistant causing to external influences paintwork, which retains its color throughout the life of the boiler. 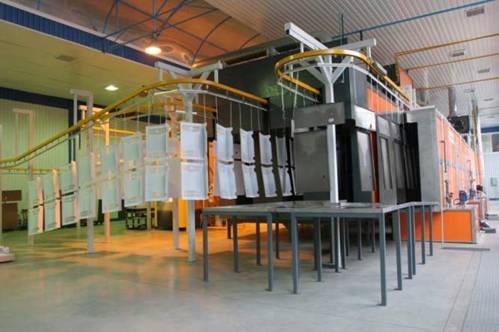 Thus, the boiler is made using modern equipment and of the modern high-quality components to ensure high quality and long service life (standard service life - 14 years).

Let us now consider principle of operation of the boiler. With piezo ignition pilot burner ignites, then the gas is supplied to the main burner and hot flue gases passing through the heat exchanger, heating its walls. From the heated walls of heat exchanger warms heating system water, which is located inside the heat exchanger. After the heat exchanger is heated to a predetermined temperature by sensor the gas valve closes. Pilot burner stays on. After cooling the

the heat exchanger gas valve opens again (with a temperature sensor) and lights the main burner. Thus, the desired temperature is maintained automatically, while the boiler is not dependent on external energy sources. With the loss of gas in the line pilot burner goes out when the gas is blocked at the valve with the control electrode of the flame.

With the loss of draft in the chimney (broken, clogged, a lack of traction) the waste gases do not enter the premises, as gas valve is closed with flue gas temperature sensor (sensor security "reverse thrust"). 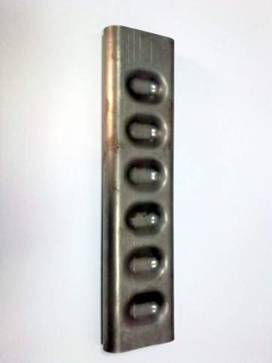 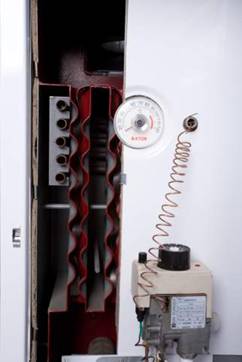 The boiler efficiency ATON Atmo equal to 90% (lower heating value of natural gas), which corresponds to the efficiency of the wall of atmospheric boilers. Thus, modern steel floor gas boiler is not inferior wall gas boilers in the economy and this indicator has gone far ahead from their parents - AOGV produce 80s of last century.

The same floor steel boiler heating circuit can be supplied with hot water (hot water), water course, they give much less than the wall-hung boilers, but there is such possibility.

Let us now consider other components of the heating system with natural circulation - pipes, radiators, expansion tank. They differ from those used in systems with forced circulation. 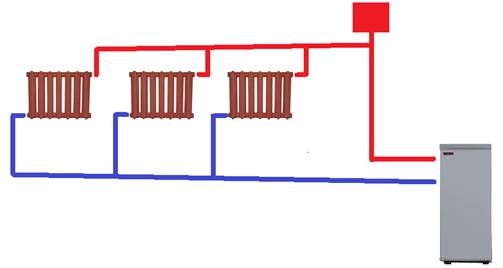 Pipes - requires a large diameter, minimum diameter - 1 ½ ", so that the friction force of water against the walls have little effect on its natural flow.

Installation of pipelines is carried out with a slope of 1 cm to 1 meter of pipe. Radiators must also have a large amount of coolant (water) - or a suitable cast iron radiators or registers (elements of the heating system, consisting of normal smooth tubes connected in parallel to each other). Expansion tank - high capacity of 100 liters, located at the top of the system, as a rule, it is an unheated attic, so the tank must be insulated, so it is necessary to insulate the delivery line. The expansion tank is provided with overflow and recharge.

It's Important! Filling the system with natural circulation should be performed only through the expansion tank. If to produce feeding into the heating system, it can inflate the boiler heat exchanger, which not intended to high pressure, and he will lose leakproofness.

When water is heated from 4 to 100 ° C the density of water decreases from 1000 to 958.4 kg/m3 - 4%. In heating systems when water heated from 50 to 95 degrees density decreases by 2.5%. It would seem that the values are small, but they provide circulation in the system. The boiler is located at the bottom, lighter hot coolant rises, and in its place comes a cold. There are three laws of physics: the law of gravity, the law of expansion of bodies when heated, and the law of continuity of the jet.

Such a system will work continuously until the gas is fed to the burner and the boiler heats the coolant. The heated coolant rises up through the pipes and, on reaching the highest point, flows down, giving heating and cooling, then enters the heat generator, where its weight displaces the water from the boiler heated up - the main supply riser heating system with natural circulation. The expansion tank is used to compensate for the expansion of the water. Such a system is called - a system with an upper wiring. Yet there is a system with the lower wiring and the system with trailing sections.

The range of the heating system is approximately 20-25 meters horizontally. The distance from the middle to the top of the boiler feed pipe shall be not less than 2.5 meters. The second difference (it is also an advantage) of a gravitational system in comparison with the forced is the relative ease of maintenance systems with natural circulation of water and its durability. It can last for 40-50 years without any intervention, it is only necessary to periodically add water to the expansion tank.

Another advantage of the gravitational system is in a good stable mode of heating, which is explained by the phenomenon of self-quantitative. If you change the room temperature, the system will begin to increase / decrease the rate of flow of water and adjust the temperature. If the ambient temperature decreased at a constant temperature of water in the boiler, then increase the temperature difference, therefore, will increase and the difference in the densities of water and, hence, the pressure difference. Under the increased pressure of the water will circulate faster, and the amount of heat into the room to grow. Conversely, if there has been warming, the effect of self-regulation will work towards the reduction of the incoming heat. The simultaneous changes in temperature and the amount of flowing waters provide a heat heaters that maintain even temperature in the rooms.

In addition, there is a dependence of the capacitance of the system for the boiler capacity - 13.5 liters of heating system - 1 kW boiler capacity. In other words, a 10 kW boiler "handle" system capacity of 135 liters. If the water is greater, it is possible condensation on the walls of the heat exchanger (which does not prolong his life). Learn capacitance per unit length of the tube feet may be on the table below. Capacity of one section of cast iron radiator type MS 140 - 1.45 liters.

In summary, the advantages of a system with a natural / gravity circulation will include the following factors:

The steel floor boiler worth two - three times less than wall mounted boiler. Installation of the system - cheaper, pipes and radiators - though to compare with, but, in general, is affordable.

Also when changing old boiler (KCHM, AOGV, etc.), with the original lower efficiency and, moreover, with the worn lifespan, there is no need to replace the old heating system at home, and because the cost exceeds the cost of heating boiler is 3-5 times . The new boiler Aton Atmo miraculously snaps into place of the old boiler and would be more economical. The cost of boiler ATON Atmo varies from 2310 UAH ATON Atmo 8Е (8 kW) tо 7 200 UAH. ATON Atmo 50ХР (50 kW), which is much cheaper than wall boilers of similar capacity. 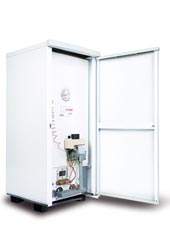 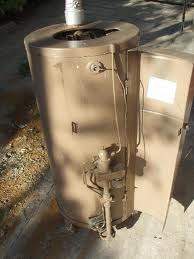 From the foregoing it may seem that the system with natural circulation have no weaknesses, of course, it is not. The disadvantages of such systems include:

Thus, boilers and systems with natural circulation are taking place the Ukrainian market and will be there for a long time.